Leeds United will face Brighton & Hove Albion in the Premier League on Saturday afternoon at the Amex Stadium.

Marcelo Bielsa’s side are undefeated in their last six games, picking up crucial points against Liverpool, Manchester United, Manchester City and Chelsea.

The Whites will be looking to take their recent momentum into the final month of the season with another important result on Saturday.

Leeds sit ninth in the Premier League table, and Bielsa will be reluctant to make too many changes.

Defence: Liam Cooper will serve the third game of his three-match ban. It also presents another important opportunity for Pascal Struijk to prove that he could keep the Leeds skipper out of the team.

Midfield: Bielsa is unlikely to make any change here. Kalvin Phillips is set to continue in his customary position, while Stuart Dallas is likely to operate in the number eight role.

Forward: Helder Costa limped off against Man Utd last weekend and was absent from the club’s pre-game training video. Ian Poveda impressed in cameo roles in the last two games and could replace the 27-year-old Portuguese winger.

Rodrigo is healthy, but he is not fit enough to start. Raphinha is out with a thigh injury, and Bielsa has refused to put a date on his potential return.

Manchester United have missed out on a proposed new training kit deal worth £200m over 10 years after the Manchester-based company The Hut Group had concerns about the supporters’ campaign to boycott the club’s commercial partners in protest at the Glazers’ ownership, the Observer understands.

Richard Arnold, United’s group managing director, was told on Friday that THG had pulled out of a contract which was due to start on 1 July.

Related: There are no easy answers to how football tackles its billionaire owners | Jonathan Wilson

Nine years ago, Sergio Agüero conjured his never-to-be-forgotten moment to clinch Manchester City’s first Premier League title at the very last against Queens Park Rangers and now, the iconic striker had the chance to secure his club’s fifth – and their seventh top division championship overall.

With City leading through Raheem Sterling’s goal, Agüero stood over a penalty in first-half stoppage time. Score it and City would surely stride towards the victory they needed to make sure of things with time to spare, enabling them to focus everything on their Champions League final date with Chelsea on 29 May.

Sergio Aguero has apologised to Manchester City fans for his Panenka penalty miss against Chelsea after Pep Guardiola’s men squandered their opportunity to seal the title. Aguero missed from 12 yards shortly before half-time to double the hosts lead before the Blues turned the game on its head to seal a 2-1 Premier League win to delay […]

Should Sheff Utd have had a penalty? 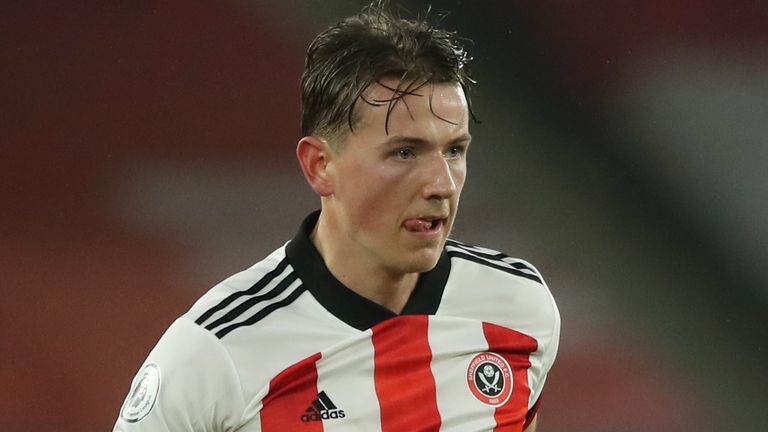 Paul Heckingbottom says Sheffield United should have had a penalty for Tyrick Mitchell’s tackle on Sander Berge and that the Norwegian was not rewarded for his honesty.