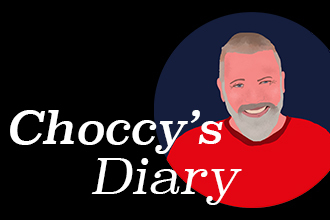 It’s fantastic the FA Cup semi-finals will be played in front of supporters as quadruple-chasing Manchester City face Chelsea and Leicester City take on Southampton in the last-four of the world’s oldest knockout competition.

What’s not fantastic is that both games will, once again, be taking place at Wembley.

As someone who has had the privilege of appearing in a number of FA Cup semis, both at neutral grounds as well as the national stadium, I’m more than qualified to say it’s a terrible idea.

For a young player growing up, it was always a dream to appear at Wembley or Hampden Park – but in a final, not the semis.

Maybe I wouldn’t be saying that had I not been fortunate enough to play in a number of finals both north and south of the border, but I genuinely feel the big stage should be reserved for the biggest game of the year.

Some 31 years ago this month, I was involved in an epic battle with Joe Royle’s Oldham Athletic at Maine Road, just an hour or so after we’d witnessed Crystal Palace beat champions elect Liverpool at Villa Park in a seven-goal thriller.

Royle had worked wonders with that Oldham side, taking what were generally regarded as unfashionable players and turning them into a team who were a match for anybody on their day.

Something we found out first-hand that day as we played out a thrilling 3-3 draw that could have easily gone either way, before eventually coming through in an equally tight midweek replay.

Do I believe that such an epic encounter would have taken place at the cavernous confines of Wembley? Absolutely not. And you could probably say the same for what Steve Coppell’s Palace achieved that day too further down the M6.

Grounds like Villa Park, Maine Road, Goodison Park or Highbury encourage teams to have a go and generate an atmosphere that befits such an occasion – something Wembley, either old or new, certainly doesn’t.

In fact, United played Oldham again in the semi-final four years later at Wembley and the game was far from a classic, with a Mark Hughes goal in the dying seconds keeping us in the competition after the Latics had taken the lead.

This was during the time that the FA had started experimenting with holding semi-final games there having made an exception in 1991 when Spurs were drawn with Arsenal – thus opening a huge can of worms.

The ground was far from full that day and it was the same for the other match between Chelsea and Luton – just a number of games to be played at the famous old venue which were in no way as memorable or enjoyable to play in.

Three decades on and still the debate about playing semi-finals at Wembley rages on, though for me it’s not even an argument.

Talking of anniversaries, it dawned on me recently that it’s 25 years since one of the most awful and disturbing incidents I’ve ever had the misfortune of being involved with on a football field – or anywhere else for that matter.

I’m talking, of course, about the game between Manchester United and Coventry City in April 1996, which saw City defender David Busst suffer one of the most horrific injuries ever seen.

Myself, Denis Irwin and David were involved in a coming together following a corner that ultimately resulted in him suffering a shocking double compound fracture of both the tibia and fibula.

What I witnessed that day will live with me for the rest of my life as the poor guy’s leg buckled beneath him with a sickening crunch.

Understandably, David was writhing in agony and my first reaction was to grip his hand to try and comfort him the best I could – just to let him know someone was there – as the medical staff rushed onto the field.

I’m not sure how long he was down for, though it felt like I was holding his hand for quite some time. But you’re just not prepared for something like that and it was the only thing I could do at the time.

What happened next has been well documented with players on both sides visibly shaken and some being physically sick while the game was held-up for a number of minutes as blood was washed from the field.

It seems strange to say now, but at the time, I didn’t feel like I was particularly affected or traumatised, you just react to what’s happening in front of you and try to do the best for the guy – it’s only afterwards that it hits you.

Sadly for David, despite recovering from the initial injury, which could have seen him lose the leg completely, further complications meant a series of operations and, as a result, he would never play professionally again.

The rest of that game, which was an important fixture in what was turning out to be an enthralling title race with Kevin Keegan’s Newcastle United, was played almost in slow motion as players from both sides came to terms with what they’d seen.

Like everyone else, I just wanted to get it over and done with, but we had a job to do, eventually winning 1-0 thanks to an Eric Cantona goal, though to be honest, the result seemed pretty insignificant.

A year or so later, myself and my United team mates were delighted to turn out at Highfield Road for David’s testimonial match, alongside a host of stars including Paul Gascoigne and Les Ferdinand.

A full house enjoyed an entertaining 2-2 draw in a game that was played in a fantastic spirit and, as it turned out, a rather dubious foul was given against me which handed David Busst himself the chance to level things from the spot – an opportunity he was never going to miss.

As far as I know it hadn’t been a pre-planned decision or a premeditated call by the referee, but it provided the perfect finale to an emotional evening as David was able to take the applause from fans and players alike.

I remember boarding the bus after the game and pulling away from Highfield Road only to notice a certain member of the squad hadn’t joined us.

Having played a pivotal part of that night’s proceedings, Eric Cantona was not in his usual seat and, from my vantage point at least, was nowhere to be seen.

As I shouted down the aisle that we were a man short, a voice replied, “you won’t be seeing him again.”

And so it turned out that the game would be Eric’s final ever appearance for United as, just two days later, he made it known to the world he was hanging up his boots for good.

The manager was obviously aware of his decision, but I can honestly say that it was a well-guarded secret and a big surprise to most of us.

At the age of just 31, one of the greatest players to ever grace the English game had called it a day when I have no doubt he had plenty more to offer.

Of course, I wonder how much the incident at Selhurst Park in January 1995 had hastened his decision to retire, as the tabloid coverage he received after that infamous event, in my opinion, certainly unsettled him.

I suppose we’ll never know, but I certainly consider myself privileged to have played alongside one of the most influential characters to have graced Old Trafford or any other stadium for that matter.

Not least because I provided the assist for one of the most iconic Premier League goals ever as he latched-on to my perfectly weighted 18-inch defence-splitting pass before chipping Sunderland’s Lionel Perez from all of 25 yards.

At least he remembered to thank me, meaning that, all these years on, I still feature in his equally iconic goal celebration each time it graces our screens!

Until the next time.

Thomas Tuchel said Chelsea are confident of beating Manchester City after they set up an all-English Champions League final with an accomplished 3-1 aggregate victory against Real Madrid.

Chelsea, who could end the season with two trophies, are one game from European glory after goals from Timo Werner and Mason Mount saw off Madrid at Stamford Bridge. They dominated both legs against the Spanish champions and Tuchel feels his side will take belief from winning their FA Cup semi-final against City last month when they resume hostilities with Pep Guardiola’s team in Istanbul on 29 May.

How do you kill that which cannot be killed? How do you stop the white-shirted spectre from rising once again as a Champions League semi-final reaches its decisive final moments? Just a thought. But sticking the ball in the net might be a start.

On a glorious, occasionally excruciating night at Stamford Bridge Chelsea simply ran right through Real Madrid, with N’Golo Kanté a commanding, decisive presence. Frankly they should have won this game 6-0. Madrid looked gone after 20 minutes, an ageless team grown old, unable to cope with Chelsea’s power and spring.

Chelsea defeat Real Madrid to set up an all-English Champions League final against Manchester City on 29 May in Istanbul.